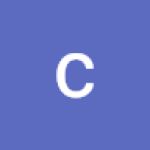 Once upon a time

BoSs liked his three class fellows the most. They were admired by everyone in class.

Diva the monitor, carried her self with grace. She was confident and calm.

Diva was even friendly with the teacher. No teacher ever asked any question to her in the class.

she wasn’t a brilliant student.

could punish her for any trouble caused by him . She was teacher, pet.

then there was Amanda. She was the tallest girl of the class .

She hardly ever brought any book to the class

and never bothered about homework.

She came to the class,

sat in the last chair and slept bravely. No teacher ever tried to wake her up.

Liam bullied all strangers who came his way.

People usually moved aside when he passed by. He was the oldest student of the school and everyone know of him.

In the most of the classes, he stayed longer than his friends did.

All the students looked up tp Liam because of his power.

BoSs unlike other, could easily make a conversation with Liam.

Then there was Jessica, the genius of the class.

She solved any problem,

that was given to her in five minutes. Some student believed she could spend the entire class asking questions.

other claimed that Jessica was actually slow at learning so she learnt all the problem and their solution in advanced.

It was also believed,

that she scored good in exam becouse she was a teachers, pet.

She could speak well.

She knew all the rivers, mountains and countries in the world.

She could repeat History in her sleep.

Grammer was child’s play to her. Her face was radiant with intelligence . BoSs looked up to her as a marvel.

He was very happy when jessica, was admitted to their company.

Liam liked her on her own way and brought down his heavy fist on Jessica’s back whenever he wanted to show affection.

The fourth friend was Parbhat, known as the ‘Pea’ on account of his size.

There was nothing outstanding about him. He was just ordinary. He was always nervous about things as BoSs was.

The bond between them was laughter. They had the same view about many things.

The most trivial and unnoticeable thing to other would make them laugh. There five were together.

One day, a newcomer entered the school. His name was Divakar,

divakar was sweet, wise and kind-hearted young boy who helped everyone,

one morning, Divakr was standing at the back of the class

while talking to the class fellow. He leaned on Liam chair by mistake.

Liam become furious and pushed Divakar, everyone, including BoSs started cheering for Liam.

Suddenly, the whole class was quit.

“May ALLAH guide us all and have mercy on us”

Liam instantly felt bad, later, he apologized to Divakar and everyone lived peacefully in the class.

So, dear C4K Users This story was made for fun but there is a good listen for us always be nice to your friends and family if it is school garden or home.

Leave your comments in the below comments section.

No comments to show.

teens kurdistani place for hanging together